What is Software Development: A Definitive Guide for Beginners

Tech troubles may be scary—but not for those who got the flair to fix and innovate them. Thanks to software developers who put on their best skills to solve day-to-day software dilemmas.

If your specialty comes with solving puzzles in technology, understand programming language, find solutions to tech troubles, perhaps have the latest gadget upon its release, and simply love the innovation that goes with it, you probably are a good candidate for software development.

But what is software development, exactly?

We’ve provided a clear-cut definition and insights to help you understand software development. Whether you’re an aspiring software developer or one who needs to go back to the basics, you’ll need the fundamentals to move past the toughest tech scenarios out there.

What is meant by software development?

Software development is the process of computer science activities performed in several phases to drive a software project from conception to delivery. Because it offers innovative, feature-rich products and systems, it improves customer experience and makes business operations effective, productive, and safer.

To produce an agile development, a software development life cycle (SDLC) should be employed: designing, development, testing, deployment, and supporting software. This helps businesses differentiate themselves and strive in the competitive market.

Why is software development important?

Entrepreneurs need to understand the importance of software development for the success of their business. An agile development helps achieve novel heights in integration using the business model, development tools, and online marketing appropriate in today’s tech scene. With a well-structured platform, you can increase clientele and in turn huge revenue.

All these can be achieved with software development.

Software development is important for your business in more ways:

What are the types of software development?

There are broadly three types of software categorized on their application and use. Let us dive directly into understanding them:

We all are familiar with applications software (apps). Most people use apps to perform different tasks on a computer or while using a smartphone. Application development is becoming the most talked about and fetch huge revenue for app publishers and developers. Internet browsers, set of security programs, data management software, media players, photo editing tools are some of the examples of application software.

Embedded software is used to manage machines and devices through telecommunication networks, industrial robots, etc. The devices and their software can be as part of IOT (Internet of Things). Software developed by an organization can be proprietary or sold to others. It can also be made available to anyone for use, widely and freely and this is known as open-source development.

Developers go through a series of techniques to be able to produce agile programs and systems. Producing a good code system and software languages require a set of techniques and technology. Here are some of them:

A mobile developer is a tech professional that specializes in software designs and development trends for mobile devices.

It is important to plan and develop your software keeping these tips in consideration to improve performance: 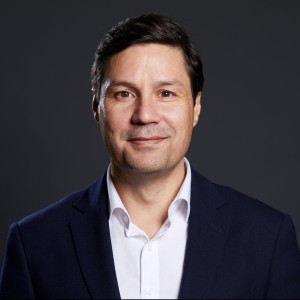 With the broadness of the internet, and it’s continuous expansions across different platforms it is hard to leave a mark that lasts. With digital marketing services, easily make a mark of your own that pulls customers in from different parts of the internet.

Working with us is a transparent and hassle-free experience.
We work hard to quickly understand and accurately define the complexities of our clients’ businesses.